“Genius is childhood recovered at will, the child now endowed, to express himself, with manly organs and the analytical mind that allows him to order the sum of the materials involuntarily accumulated.”

In January 2019 the composer Joan Guinjoan died. L’Om magazine paid tribute to him by dedicating an issue of the magazine to his beginnings in his hometown, Riudoms, and I illustrated the cover.

The cover ended up being a triple cover where elements of his childhood are represented in two different ways: graphically in a drawing, and below the musical transcription of his sound:
1. His mother’s seesaw
2. The bell that was installed during the time when he had his first contact with music
3. A hoe like the one I should use when working as a farmer 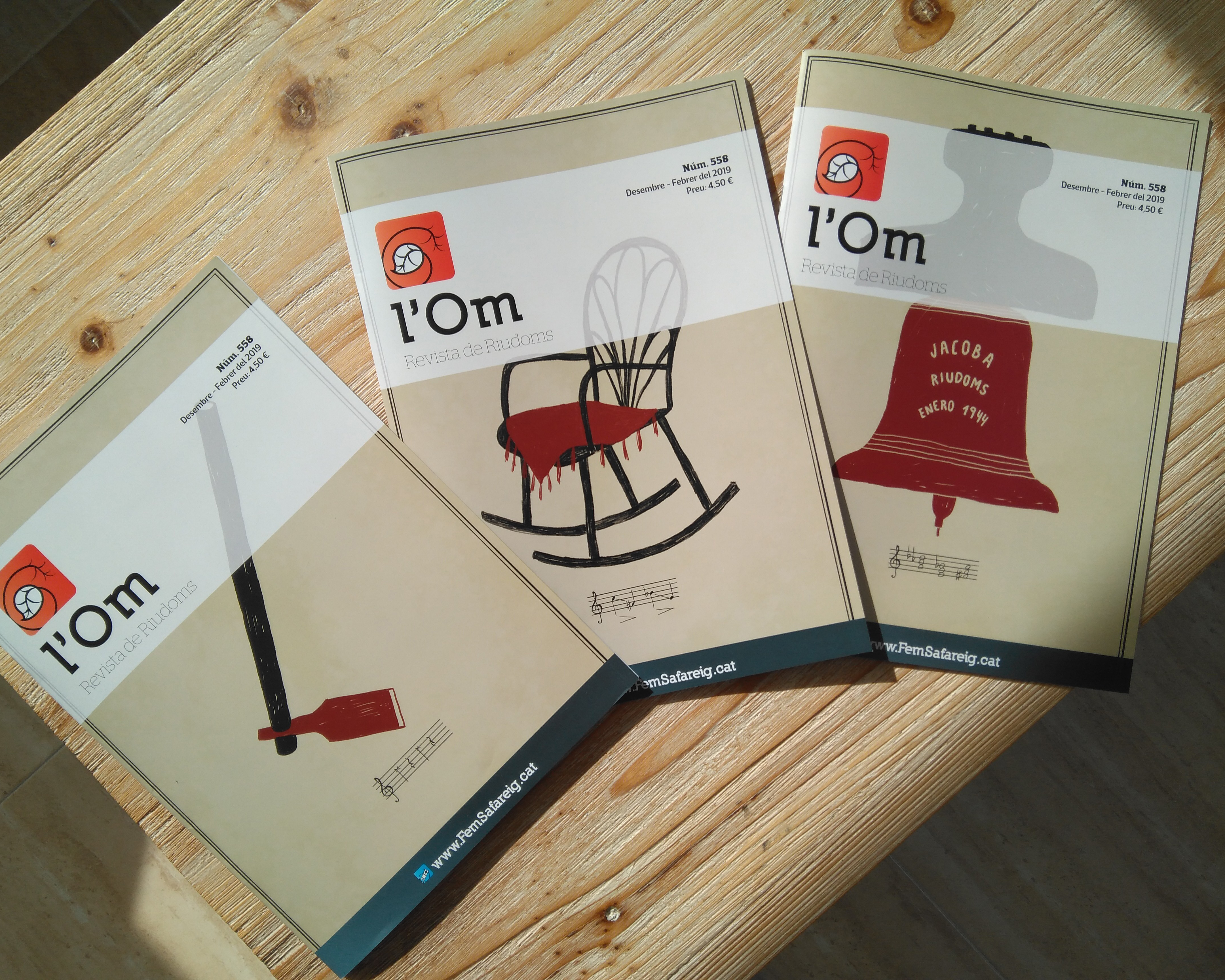 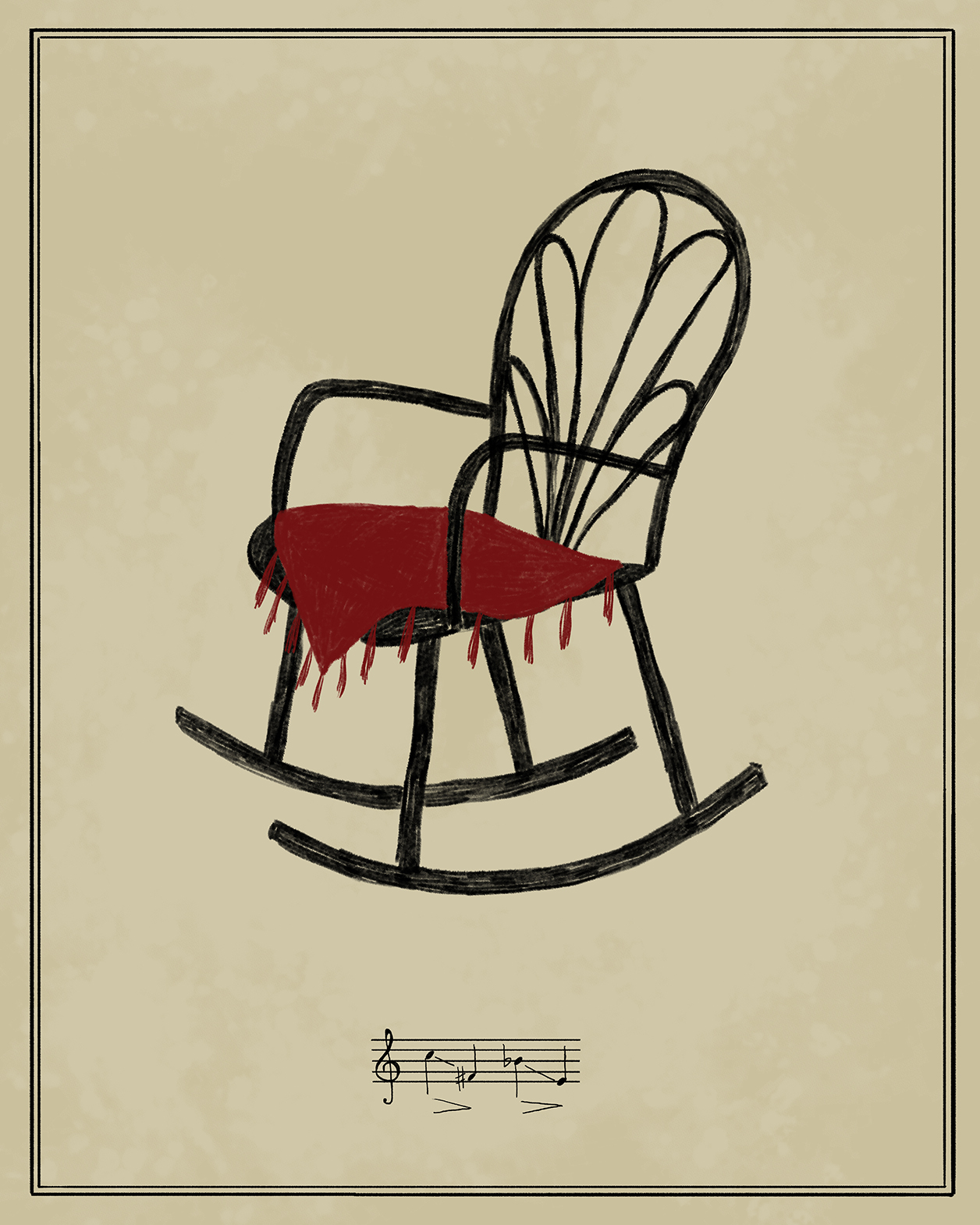 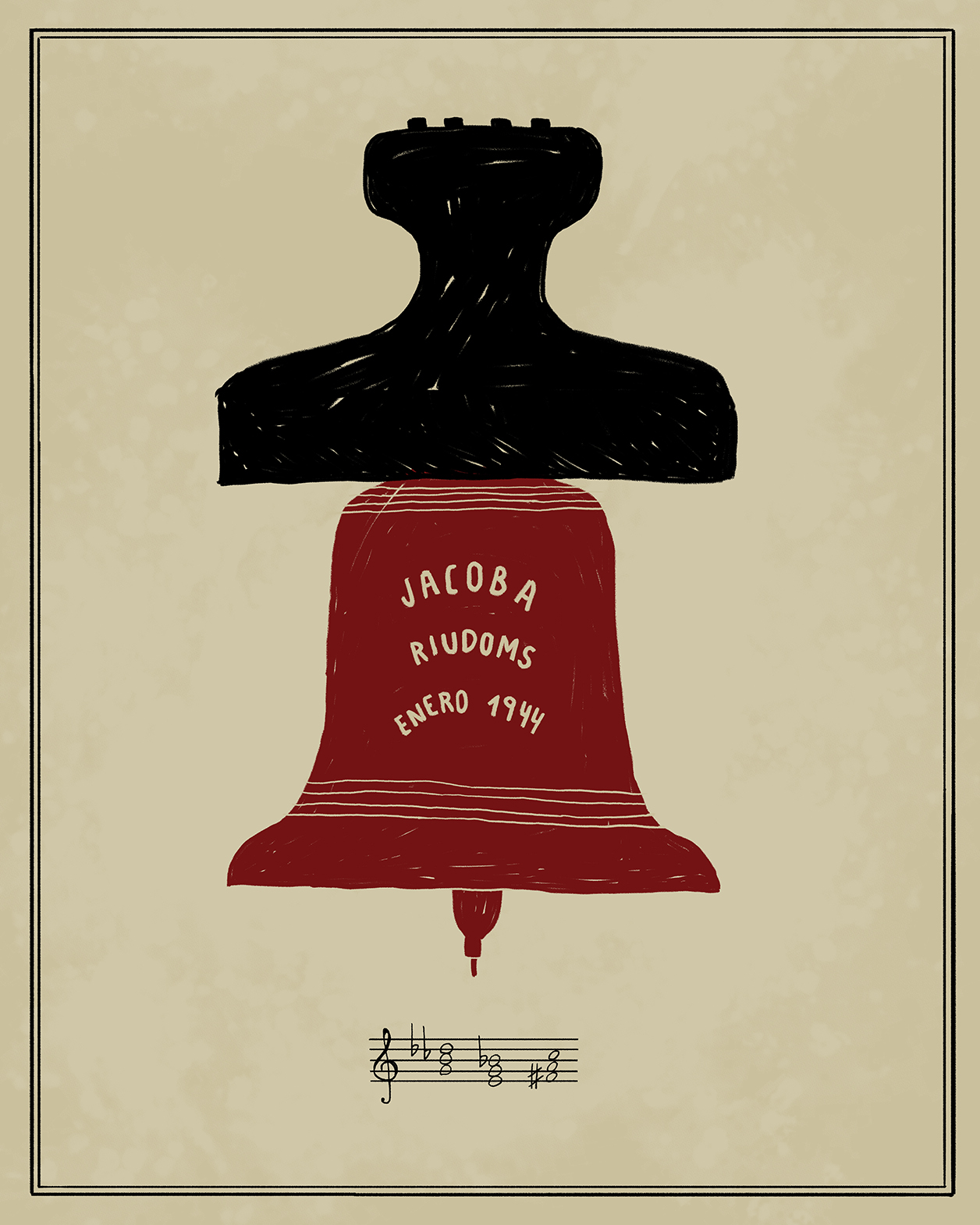 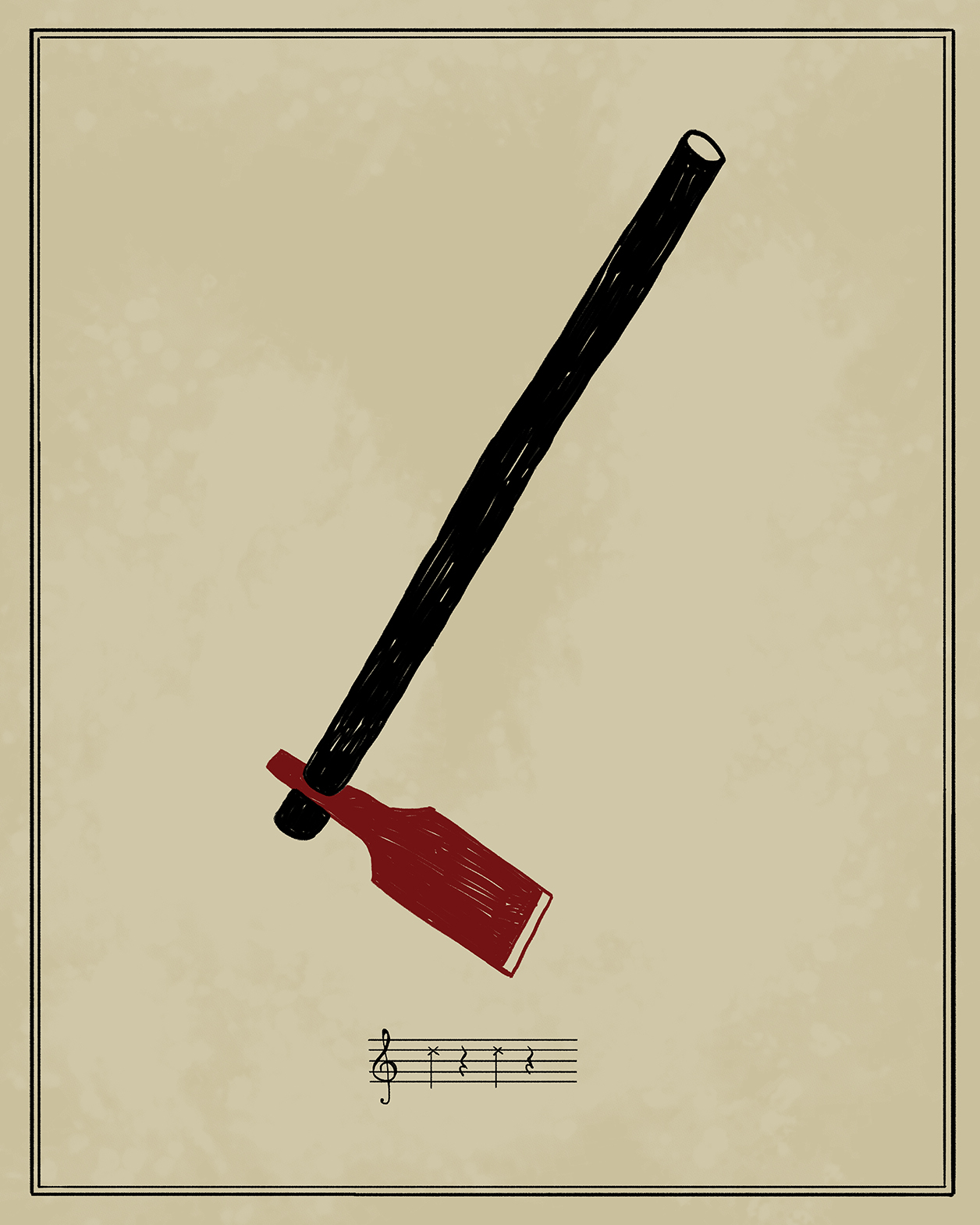