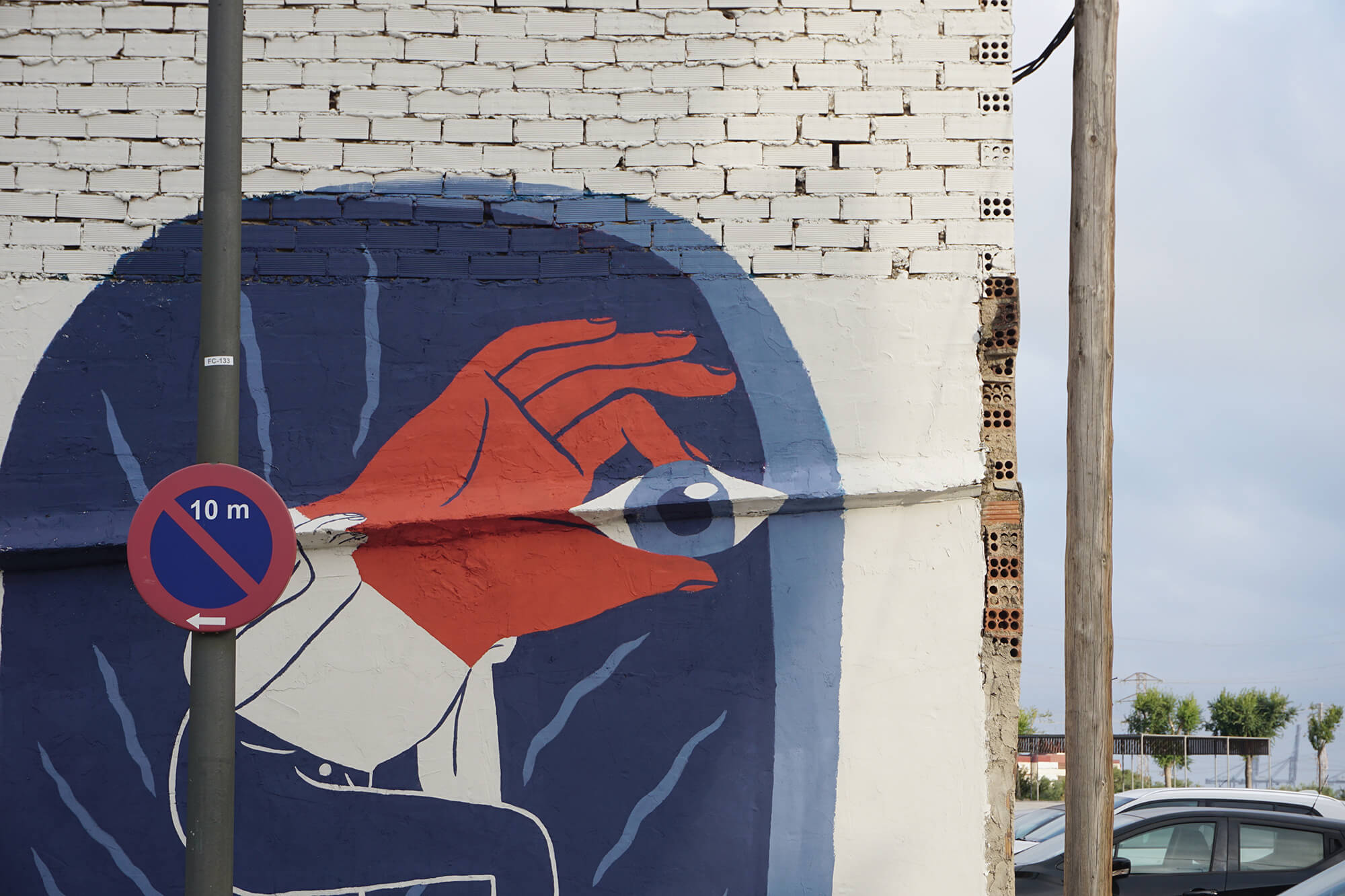 Mural for the Murs 700 project, which consists of different interventions in various neighborhoods of the city to commemorate the 700th anniversary of the Santa Tecla festivities.

With my intervention in the neighborhood of Bonavista, I wanted to propose three new festive elements for the celebration of Santa Tecla, based on the popular “capgrossos”. In this case, however, the “capgrossos” represent the ability to listen, the freedom to express ourselves and the ability to see each other. With them, I propose more inclusive festivities with the ability to adapt to the changes in the city so that everyone feels included. 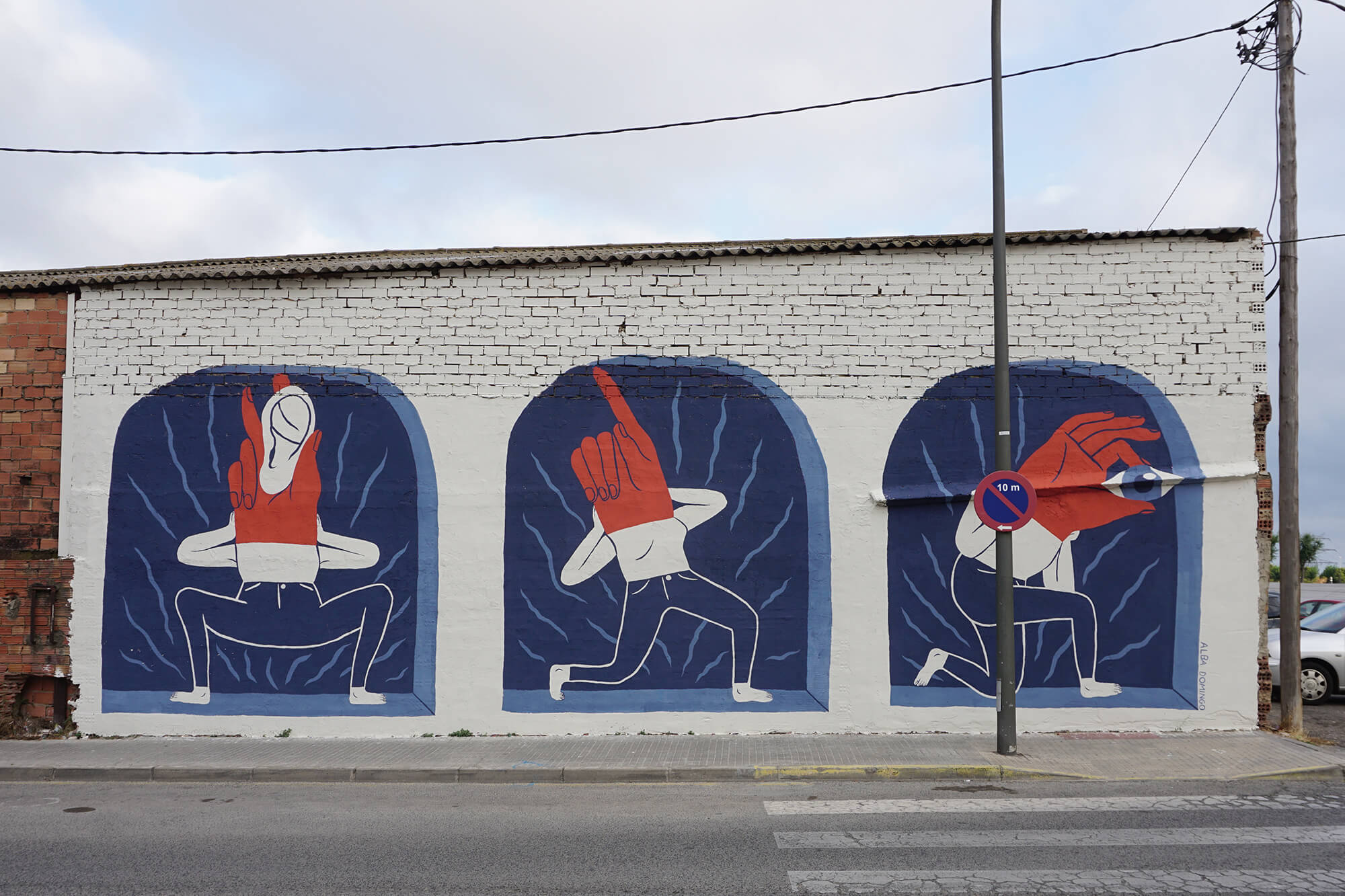